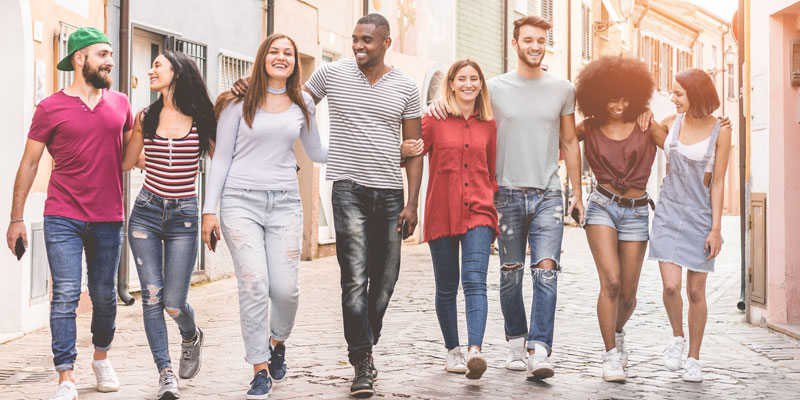 I finally figured it out, guys. I figured out what Millennial’s are doing right! Take a seat and a deep breath because this one is gonna sting.

We are having difficult discussions and waiting to get married (or remarried, as the case often is)! In today’s post, we are going to talk about the child-bearing and -rearing portion of this topic. Catch the conclusion soon!

So yes, you’re probably rolling your eyes, Karen, its ok, hear me out. Yes, I did say “remarried.” Remarried is actually my favorite category. Most of us in this early 30’s dreaded millennial category are stuck between these two generations. Stuck between the “OMG YOU MUST BE MARRIED HAVE 2.5 KIDS A DOG AND A PICKET FENCE BY THE TIME YOU’RE 25 OR LIFE IS OVER” generation and the “Wtf I can’t have responsibility, I’m just a 25 year old baby, Mom, can you make my doctor’s appointment for me please!?!?” generation, Millennials have gotten an absolute shit reputation. Often accused of being indecisive, childish, and not wanting “traditionally American valued lifestyles,” we are a much maligned generation.

Pushed into educations we couldn’t afford, because it was “the only way to go,” some were fortunate enough to hate school enough to never finish, or never even start. Some of that crowd was fortunate enough to find an actual career, especially in trades. The rest of us floundered with debt and miserable jobs, because “it was just what you do.” We hurried into relationships because “its just what you do.” Granted, for many of us, its what we wanted. However, those who buck this tradition; the purposely childless, the avocado-toast-eating-heathens, who pamper their rescued Schnauzer-doodle, who rent apartments, who are drowning in school debt but don’t want to or can’t find a career in a field they chose when they were 18 but hate at 30…. those are the people that the traditionalists hate. I don’t fully fit into this category. I’m stuck in this generation largely by age only. However, I am fanatical about bucking tradition.

Tradition is what YOU make it. Its wonderful that the Boomer generation got married straight out of high school to the first person they laid eyes on, could afford a Bachelor’s degree working part time, could afford a house as their first living experience away from their parents; its great, really, I’m so glad that at one point in time, that was a reality! However, my generation is seeing the fallout from that. We are witnessing people staying married sheerly out of absurd stubbornness. We are witnessing kids who are dealing with the emotional and mental consequences of growing up under stringent, emotionless conditions. We are witnessing people still retiring with nothing, or working until they’re completely broken because their finances and plans fell apart. We are witnessing men and women alike staying in horribly mentally and emotionally abusive situations “because its what you do.” Obviously, this doesn’t apply to everyone… the same goes for my generation, FYI. We aren’t all childless, marriage-hating assholes. Some of us still want a career for 40 years, a marriage for longer, and kids who are stable, secure and happy.

What I am seeing my peers doing now inspires a lot of hope in me, though. Lately, I’ve been seeing some incredible awakenings and truths occurring. People are realizing they cannot hurt someone else when their own psyche is suffering. We surged forward after high school, armed with the experiences of our parents and grandparents, doing “all the right things,” getting our oh-so-important educations and often marrying quickly and having children quickly, but have the perspective of being far more aware that there are other options, and no, you won’t die.

There’s two categories of people to discuss here: One is that category I mentioned. We did “all the right things” and are now ending up either “woke” or broken in our 30’s. The second is the Waiter crowd, the Avocado-Toast-Renting-Plant-Lovers. These aren’t the only two categories that exist, but for today’s purposes, they’re the ones we are focusing on. Of course there are outliers, who are living fabulously wealthy, fulfilled lives… and the people who just lie to themselves.

Consider this: in today’s economy, its nearly mandatory to have a two-income household, if you’re interested in living above paycheck to paycheck. Financial security is no longer a big part of deciding to marry and combine households. No longer are women leaving their parents at 18 and immediately marrying off because they don’t have a career. Now, they need that career, because its a financial necessity. The hunter-gatherer lifestyle doesn’t exist anymore. The climate is as unstable as the financial climate – if you have children, will there even be a world for them to live in? Kids are being mowed down in their classrooms; diseases, cancer, allergies, developmental issues are rampant. Kids are expensive. Every parent is nodding their head right now. Even if you do the bare minimum – no sports, no travel, nothing extravagant – feeding, clothing, caring for them, the occasional night out without them… it adds up.

Lets address another huge elephant in the room here: it used to be that those couples without kids were limited to the rare “weirdos” who just never had them, and the couples who were physically unable. Now, its becoming acceptable to admit that you don’t actually want them, and not have to explain to everyone why. Its a topic of conversation when you first start seeing someone – do you want kids? More frequently, men are voicing their desire to have or not have them. But more importantly, women, who have long been seen as motherly, regardless of their desire to actually be a mother, are able to say, “its just not for me.” Traditionally, child rearing is easier with a consistent partner, as in, the other parent. Since women are expected to want children, its nice that this comes up so quickly. It can be discussed openly immediately, since this is a fairly non-negotiable area for most people.

Its not hard to see why reproducing is still such a touchy topic. There’s so much at stake. A whole new person who depends on you is no joke; we are also the generation responsible for the declining birthrate too. Less unplanned children in fewer unplanned or unwanted relationships is a GOOD THING, SHARON. Of course there are a whole lot of people who are not trying to repair any of this damage. I am no sooner lumping us all together, saying “yay, everyone wants to grow and improve themselves!” than I am saying “millennials are all the same.”

One thing we’ve figured out, if nothing else, is that what’s been happening simply doesn’t work. Its a hard reality sometimes, when you feel like you’re connecting with someone so well and major, non-negotiable things like children come up and you disagree. But that’s one of the things that makes this generation so powerful. We are having these conversations, early and often, and aren’t afraid to speak up.

This becomes especially important when I talk about marriage and re-marriage later on. Children coming as “part of the package” in a relationship is just about the truest test of a relationship there could ever be. As a widow, I’ve been put in a challenging position of handling my child solo in the meantime, but also the freedom to make choices based exclusively on what’s best for myself and my child. I count myself blessed that I do not have someone interfering, making our lives difficult, manipulating my child, manipulating my feelings, at every turn. I feel incredibly blessed that I can meet someone, and while I come with the “cute kid” package, I know that whoever that person is, does not have to also carry the burden of my late husband’s treachery. We are free to experience life without someone making things difficult, simply because they can.

It tears my soul up when I hear friends experiencing that level of childish manipulation. Loving a child is a selfless act; using a child as a pawn is disgusting. I’m hoping that even just ONE person reads this and if they aren’t already going “I need to be the best I can be for my child and I want to peacefully coparent so I can enjoy a successful and happy relationship in the future,” that maybe it will jostle something, and they will. I’ve been on both sides of the situation, and they’re both challenging; lets give each other a break and just do what’s best for the children without being a baby ourselves. We owe it to ourselves, our children and our future generations to grow up and own our bullshit and HEAL!

In my next post, I’m going to dive into why millennials who are slowing things down and repairing themselves before marrying or remarrying are doing something our generation can be proud of!